The simple answer to that question is that it is a local political subdivision of the State, governed by a board of directors. Also known as MUDs — Municipal Utility Districts — they are authorized under the Texas Constitution, Article III, Section 52, or Article XVI, Section 59.

With the passage of the municipal bond law in 1895, cities were given the authority to issue tax-supported bonds to acquire a water supply. This financing had to be within the tax limits prescribed by the Constitution.

In 1904, Section 52 of Article III authorized the Legislature to pass laws permitting counties, districts and all other political subdivisions of the state to issue bonds in an amount not to exceed one-fourth of the total assessed value of real property for the “improvement of rivers, creeks, and streams to prevent overflows and to permit the navigation thereof or irrigation thereof….” This amendment also authorized the Legislature to permit any county, district or political subdivision to levy a tax at a rate sufficient to pay the principal of and interest on such bonds.

After the terrible floods in Texas during 1912-14, people across the state realized there was a real need to confirm the State’s duty to not only prevent floods but, also through the storage of flood waters, to conserve the water for beneficial usages. This was the genesis for the passage of Section 59 of Article XVI in 1917, which allowed water districts to operate with unlimited bonded indebtedness.

In 1925, legislation was passed which authorized the creation of Water Control and Improvement Districts — WCIDs — with the same bonded indebtedness and taxing authority.

How Water Districts are Created

To create a new water district, a developer files an application through the Office of the State Attorney General to the Texas Commission on Environmental Quality (TCEQ). The application outlines the developer’s plans for providing various services such as water, sewer and drainage to areas where municipal services are not already in place. A Board of Directors is established, which is assisted by qualified professionals who provide services on a fee basis.

One of the most important features about water districts is that they are governed by a board of directors elected by the voters in the district. This board is responsible for conducting all the business of the district, including services or functions contracted to other parties.

Water districts must comply with the Texas Open Meetings Act and the Texas Open Records Act and have an annual audit performed by an independent auditing firm. The best way to learn about the function and responsibilities of your water district is to attend a meeting.

While the powers and responsibilities of a specific water district are determined when it is created, water districts are generally empowered to: 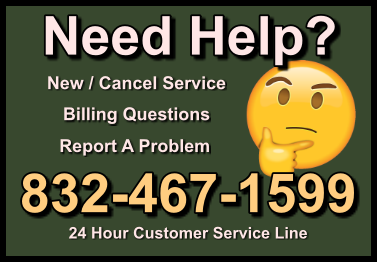 For persons with questions or needing help regarding website accessibility, or to request the provided information in alternative formats, please call (713) 850-9000.